A classic CrossFit Box in Aarhus 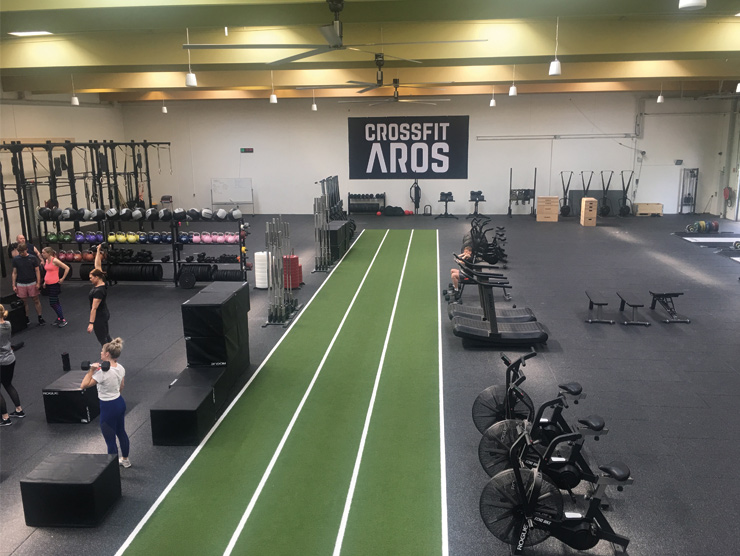 CrossFit Aros is a classic crossfit box with room for all types of members – and where members become a part of a large community. At CrossFit Aros, members do not only come to work out – they also come to make friends, be inspired, get input and ideas for their training. It’s called Boxlife. CrossFit Aros was started in December 2018 in Aarhus, Denmark. Since then, the number of members has been increasing quickly and currently counts 250 persons. 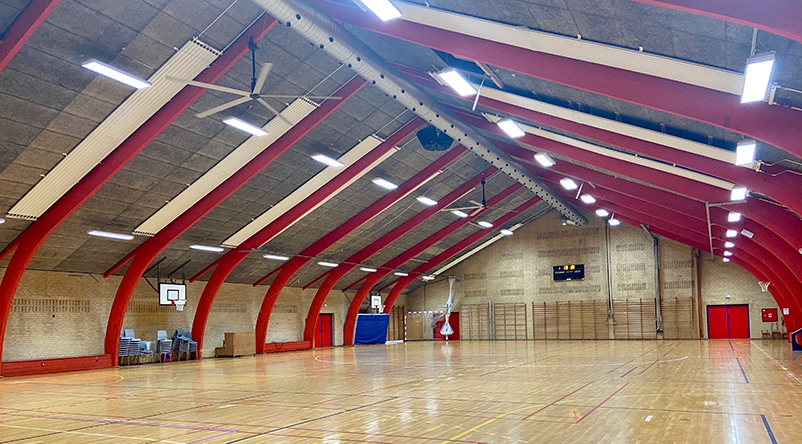 Shortly after opening in Aarhus at the end of 2018, CrossFit Aros stumbled into quite a challenge. The authorities’ requirements to the ventilation were stricter than first anticipated. Owner of CrossFit Aros, Claus Aagren, explains: ”We are located in a huge facility – a former warehouse – of 1.200 square meters and with 6 meters to the ceiling. So the air has a tendency to stand still in here. We knew we were challenged with regards to ventilation, but the authorities’ requirements were harsher than we had predicted. So all of a sudden, we faced two options. Either installing a classic ventilation system, which costs anywhere between 500.000 to 1 million kroner (DKK) – or find an alternative quickly!”

”We are located in a huge facility – a former warehouse – of 1.200 square meters and with 6 meters to the ceiling. So the air has a tendency to stand still in here. We knew we were challenged with regards to ventilation, but the authorities’ requirements were harsher than we had predicted. So all of a sudden, we faced two options. Either installing a classic ventilation system, which costs anywhere between 500.000 to 1 million kroner (DKK) – or find an alternative quickly!”

“In relation to the control box, it is incredibly simple. It works impeccably in

The solution meant that CrossFit Aros could avoid spending hundreds of thousands DKK on a large traditional ventilation system. Instead, they solved their ventilation challenge for less than 100.000 kroner. The solution has remedied most of the problems with the air in the large facility. And Claus Aagren is particularly happy that he solved the problem in a way that left room to invest in the things that give direct value to their members.

EASY-TO-USE AND FUN TO PLAY AROUND WITH

When asked what CrossFit Aros’ employees have to say about controlling their 3 big fans, Claus Aagren responds promptly: “In relation to the control box, it is incredibly simple. It works impeccably in day-to-day operations. It’s so easy to handle. So we also play around with the fans sometimes, for instance to feel the difference between forward and reverse mode – and of course with the speed of them.”

‘Community comes first’ as it says on CrossFit Aros’ facebook page. Here they also state that: We want all our members to be part of the Box and wish for them to stay a little longer after their workouts. Claus Aagren complements: “Unity is important to us. Members don’t come here just to workout an hour, they come here to make friends, to be inspired, get input and ideas for their training. And to be a part of a community.”

Due to the large focus on member involvement, user satisfaction has been a particularly important success parameter of the installation. “Our members are really happy with it and the way it works. It is a very visible solution, but we have only experienced positive reactions from our users. It is fantastic!”

A NON-PERMANENT FAN IS AN ADVANTAGE

According to CrossFit Aros, they now get the feeling that air is well circulated around the large room. During the installation, it was decided to place the three large HVLS fans in the middle of the facility. However, the area is divided into 4 specific workout zones. Because of this setup, an internal discussion sparks once in a while about the specific placement of the big fans. Some employees are curious as to whether the fans would be able to give even more air to the hardcore training zones if you placed them directly above a training zone.

According to Claus Aagren, the ‘non-permanent’ aspect is definitely a plus: “Only time will tell whether or not we choose to test out a new position of the fans in the future. Another good thing about this solution is that it isn’t 100% permanent. The ceiling fans can be removed relatively easily and moved to a new location in the arena if that is what we wish to do.”

LEARN MORE ABOUT OUR INSTALLATIONS 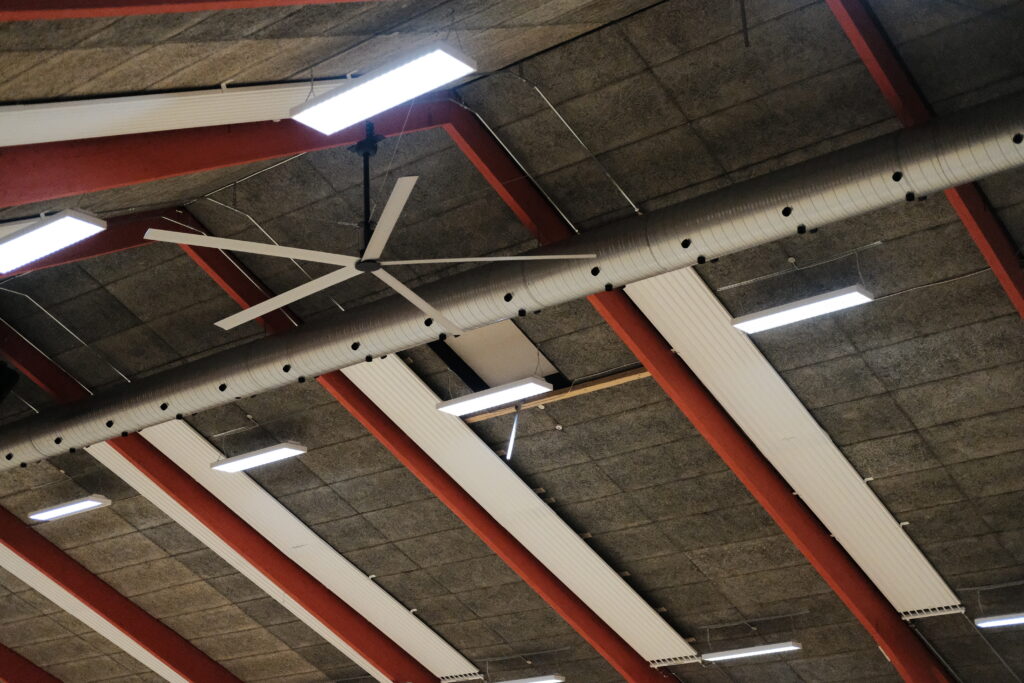 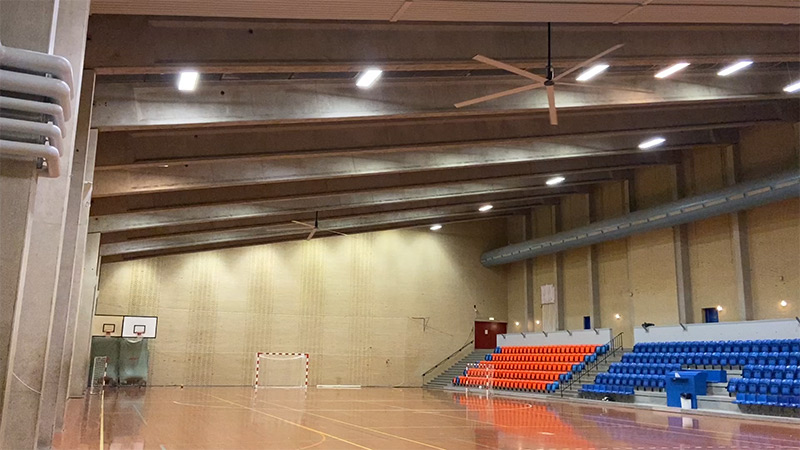 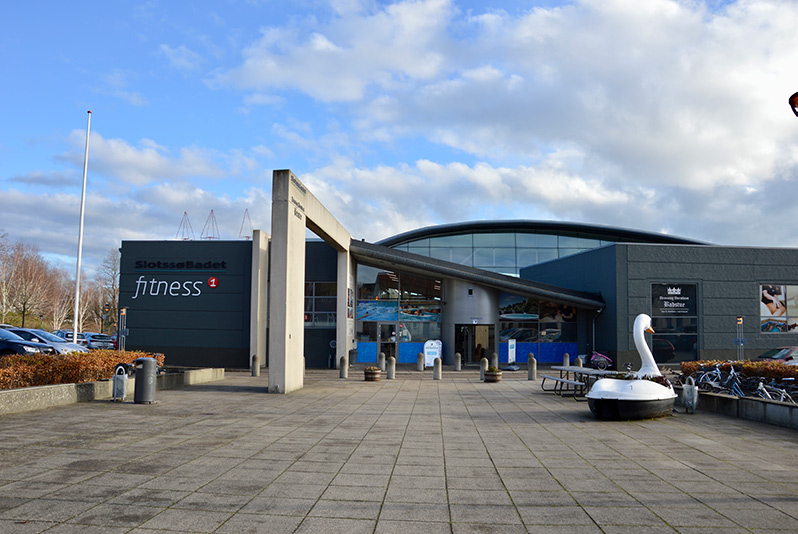